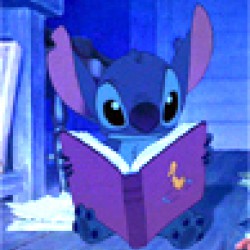 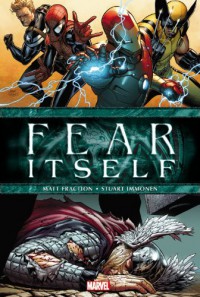 Villain Sin, the daughter of the Red Skull, awakens an old monster in the Earth, which turns out to be an old enemy of Asgard and which infects the world with fear. This mini-series, sadly, focuses on the waking of the villains and some big set pieces with the heroes, and it's pretty dull -- you don't really get a sense of how fear affects most of the heroes, maybe because they're supposed to be too heroic to feel fear (Thor and Steve Rogers). We also only get gestures towards how the events are affecting ordinary people, which undercuts the cosmic effect of events. Cityscapes are smashed up, but most people seem to escape unscathed. Possibly the storylines as played out in the individual characters'/teams' books are more interesting -- it seems like the real character development takes place there, whereas the mini is only the necessary connective tissue. The Tony Stark storyline is actually terrific (possibly because Fraction writes that book regularly), but I forget how much of it takes place in the Fear Itself mini versus the [b:Invincible Iron Man: Fear Itself|11708720|Invincible Iron Man Fear Itself|Matt Fraction|http://ecx.images-amazon.com/images/I/51yFuljHPCL._SL75_.jpg|16656247] issues.